For more than a century now, states have intervened strongly in the face of crises in capitalism to deal with their social and economic consequences. States invented new models of regulation (Keynesianism) to deal with capitalist contradictions, socialized the huge losses booked by banks and large firms, changed policy instruments to correct market failures, changed labor market regulations, or created new markets while supporting creative destruction. Crises are highly conducive to thinking about periods and varieties of capitalism, about regulation crises and dynamics, and about the role of the state; they also raise massive tensions and open the floor to political debates, which may call the legitimacy of the state into question and create political pressures.

The 2008 financial crisis and the ensuing recession demonstrate both the power and the vulnerability of the modern state. States were severely buffeted by the economic crisis, and most advanced democracies were forced to take dramatic and extensive policy measures, many of which involved hugely expensive public interventions into the private sector, only some of which have been paid back. Such measures threw the state’s centrality into sharp focus. Although major recessions have challenged state strength and capacity, they have not called into question the role of the state as the primary agent of policy initiatives, nor its legitimate authority to respond to economic crises.

The current crisis is no exception: active policy responses have been deployed across the world, from China and Brazil to the USA; in Europe, states are paying a huge price to support their banks, while the European fiscal crisis has led to unprecedented austerity measures in many southern and western European countries, which are under intense pressure from other states and from market actors. The current crisis has incited the rapid development of myriad state interventions, both internally and in relation to other states. The 2013 SASE Annual Meeting seeks scholarship that documents and explains how states act in the face of crises, as well as the comparative consequences of those actions and the Implications for the restructuring of the relations between states and markets. Such accounts may investigate the role of material interests, the competence of state institutions (such as central banks), the inadequacy or effectiveness of state regulatory institutions, and the effect of long term global shifts in power and resources from the West to the East.

But there are also more fundamental changes occurring within states. Research in classical political economics by scholars such as W. Streeck, P. Hall, B. Jessop, R. Boyer and M. Mann has pointed out the profound restructuring states have undergone as a result of globalization, changing societies, and other phenomena such as the worsening of long-term fiscal crises or implementation failures. Some aspects of the state are growing (auditing, penalizing), while others are in retreat. Some scholars talk about a new phase of the Weberian state; others point to the emergence of neo-liberal governmentality. SASE 2013 also seeks contributions to this ongoing debate over the definition of the state and its role, as contributing to the construction of more market-oriented societies, or to the contrary, resisting and protecting against market pressures. 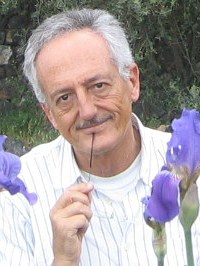 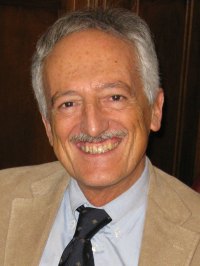